Today is a day to be grateful and thankful. Our small bubble expanded and my Master went to my moms house, two of my three brothers were there and a very close friend who I call my “other” mom. Things went smoothly. Pics were taken. Hugs were exchanged.

So now the day is coming to a close and my Master is watching tv in the bedroom. I asked to have a little downtime in the living room. So what is my choice of tv. Please don’t judge but watch the fifty shades series. Well, the first two. I thought Fifty Shades Freed list the whole power dynamic. Totally topping from the bottom and he became weak. And it was mainly sex.

What do I get out of the movies? It’s a nice fantasy escape. Kind of like the adult version of the twilight series. I take it at face value. I don’t analyze the bdsm aspect. It has snippets of a power exchange dynamic but mainly it’s just pure entertainment. I like the controlling aspect and the protective attitude of Christian Grey. He wants to own her. He wants to control all aspects of her. This idea is enticing. The sex scenes are a little over the top but the music soundtrack is awesome. My kind of music. Is it a true portrayal of bdsm? Is there a true portrayal of any dynamic? I mean we are all so different in our relationships there is no one twue way. I can relate to the feeling of being swept up. Caught up in the whirlwind of seeing a whole new world. Anastasia is a little too head strong for me. But my beliefs systems are different. And if she acted like a stepford wife then that wouldn’t make for a good plot line. She’s a brat. And pushes back more then I ever would dare. Is this reality? Of course not but the reality is it takes all kinds. The beauty of this alternative lifestyle is you can take what you want and discard the rest. You are the author, the director, and the actor.

I may get backlash for Even bringing the movie up. But honestly, in the end, does it matter. It’s my downtime. My little escape. Could the movie have gone better into character development? Of course. But ultimately this is just a pure chick flick. Us chicks, we are emotional creatures, at least for me. This movie hits chords and some of it is relatable. For me, I’m in a 24/7 power exchange. There’s not many options out there. I mean. The fantasy would be to be captured and ravished but those movies generally have the girl rescued. What happens when she doesn’t get rescued? What happens when she succumbs to her plight of being held in captivity? What about her story of accepting her fate, for life? Not many movies have those. No one wants to make movies of the dark side. There are deep dark fantasies by many people. Most of them are unlawful or frowned upon in our feminist society.

If I truly put out my beliefs I would be judged. I don’t share all my thoughts. They are mainly old fashioned. For myself, I like to live in my place. Knowing where I belong in the hierarchy of things. It makes things simple. For me. I’m not going to push my beliefs on other woman but I find my views to be not mainstream. Do I feel isolated? Definitely Not. I have a Master who is very understanding.

I’m thankful for my place. I’m thankful for having a Master that is both kind and firm. I’m thankful that during my search I was not physically harmed beyond what was needed. I’m grateful that I was not mentally harmed beyond what was needed. I learned a lot in the first couple years of the lifestyle. Mistakes that were made were part of the learning curve. I believe that everyone has them. I believe that I followed a path that was laid out before me. I’m lucky. I have my happily ever after. Is it all roses? Of course not. Is anything? Even in the movie you ride a roller coaster of emotions. There are exhilarating moments and times of extreme disappointment. That’s what makes it an awesome chick flick. So, should I have titled my blog as I did? Probably not but it is thanksgiving here in the USA.

And I did slightly tie in my gratefulness. 😉

Thank you for listening. 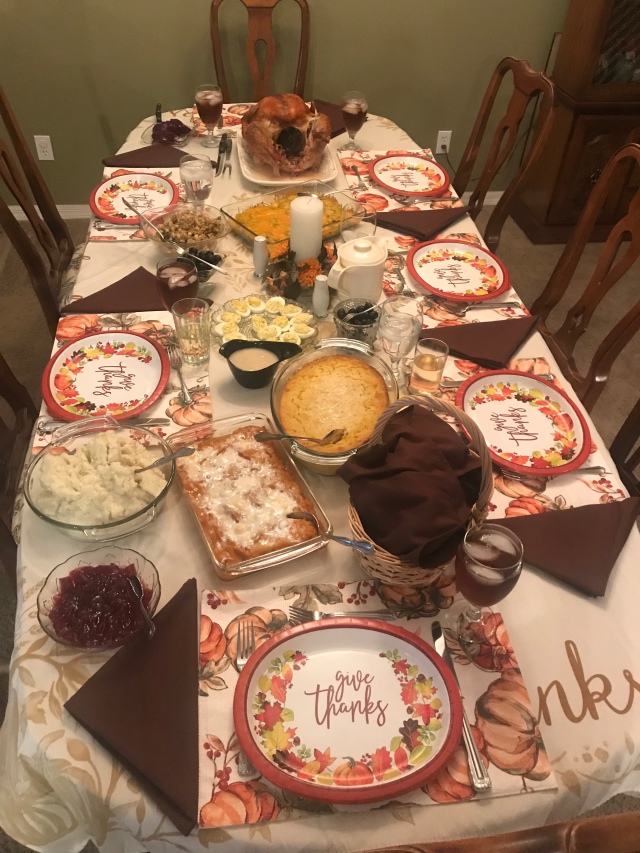 A place for this naughty girl to share her thoughts

If I had a power color, it would be sparkle. Landon Brinkley

Tales from the mouth of a wolf

Smile! You’re at the best WordPress.com site ever

Random Thoughts on Motherhood, Paganism, Polyamory and Me.

Dominant Side of Married D/s

The misadventures of a submissive trying to figure out love and life.

to be loved owned and collared

A love so unique...always and forever His x

Turning my Head Off

“Writing is the only way I have to explain my own life to myself.” ― Pat Conroy,

An Alternative Road to Happiness

Join me as I journey through the foreign lands of polamory and D/s to find happiness.

Keeping it fresh well into our f-word years.